Loy Krathong – the festival of lights and lanterns 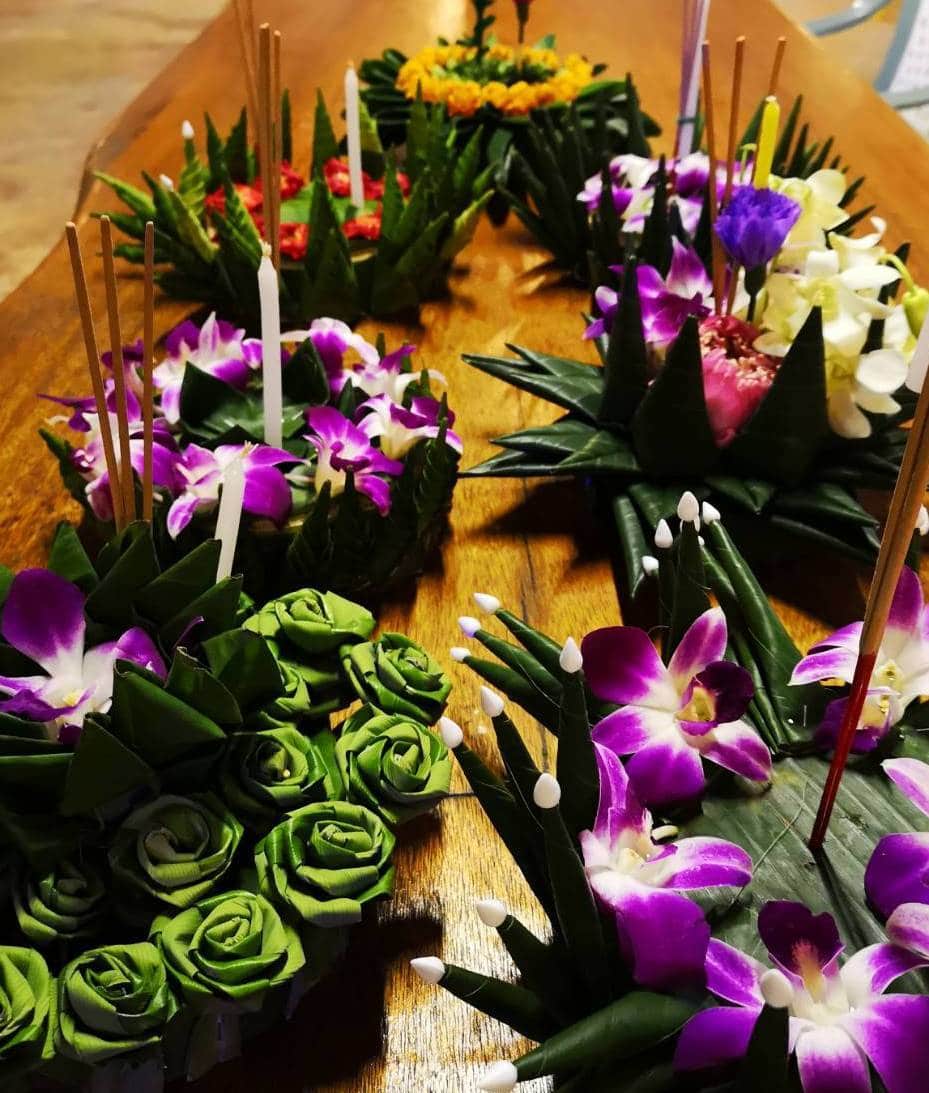 10 Nov Loy Krathong – the festival of lights and lanterns

Posted at 12:15h in Allgemein by Eike 0 Comments

Loi Krathong is about to happen, one of Thailand’s most enchanting festivals. 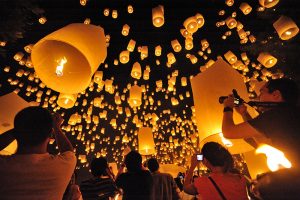 During full moon of the 12th month of the Thai calendar, Thailand’s oceans and rivers light up.

When on vacation in Thailand, you will probably happen upon one or two festivals no matter what time of the year you’re visiting. Thai people love to celebrate in many colorful different ways all year round. This one is special though and perhaps Thailand’s most photogenic. 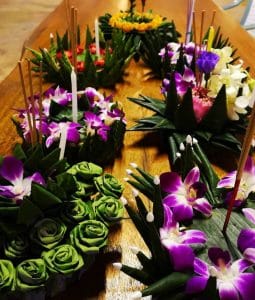 Loy Krathong is all about new beginnings and one major festival you shouldn’t miss out on. It’s celebrated in November, which is the 12th month of the Thai calendar and the end of the rainy season. This year, the festival will take place on the evening of November 11th, a full moon night. People from the south of the country will come and gather at the nearest body of water and let little floats – that are either self made or bought off of little craftsmen and -women – go down the river or vanish into the ocean. These floats are made from banana leaves, often decorated with flowers and all things pretty, going for a bit of a lotus like look. The Krathongs (the little floats which can be roughly translated to “baskets”) will be equipped with a candle, three incense sticks, a coin and often times a bit of a fingernail or a hair. Sometimes you can also see money on them, like a 5 baht, or little bits of paper with a prayer or a wish written on them. The floats are then sent out to the water and as you watch yours float away in the dark, symbolically your worries and sorrows will disappear as well.

But wait – what’s the fingernail doing in there? And the hair?

In the hair and the fingernails, Thai folklore believes, is where evil is stored in the body. Cutting off a bit of a fingernail or hair and sending it downstream, thus parting with it, allows a fresh start. Without the evil in your body, you can now do better as a person.

In more recent years, Loy Krathong has changed a bit and unfortunately for the worse. Instead of the traditional banana leaf floats, people increasingly started using Styrofoam or bread to stick the incense sticks in. While bread is a wonderful option and biodegradable, styrofoam isn’t. The next morning and even for weeks and months after the festivities, beaches and river shores would be littered with little styrofoam bits. 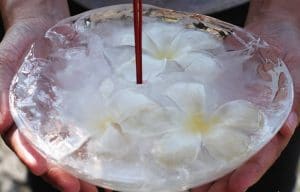 In some provinces, the use of styrofoam is now banned and banana leaf alternatives are making a comeback. Some people even make big ice cubes which they freeze flower paddles into as a raft.

With all the beauty pageants, the foods and the competitions for the prettiest rafts of all sizes surrounding the festivities, Loi Krathong is beautiful on the eyes and a truly magical experience.

Sorry, the comment form is closed at this time.

We use cookies to ensure that we give you the best experience on our website. If you continue to use this site we will assume that you are happy with it.OkNo