The Similan Islands, Khao Sok and the Surin Islands to name a few 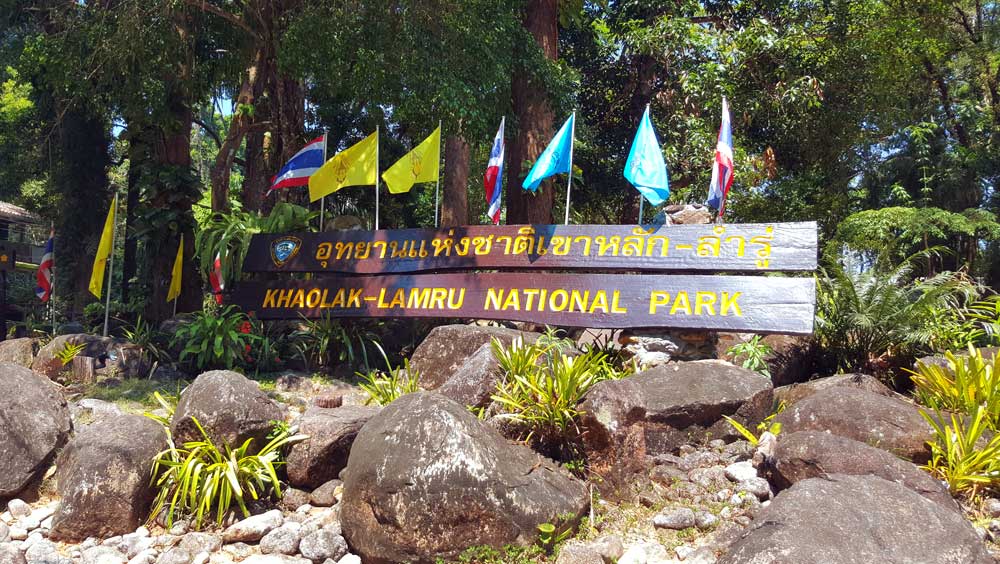 Khao Lak Lam Ru National Park became the 66th National Park in Thailand in the early 1990’s and covers an area of 125 km². The Park runs in a West-East direction and covers two parcels of comparable area, joined by a narrow band of jungle. The coast around Khao Lak only represents a small portion of the overall park.

The headquarters of the park is located at the highest point of Highway 4 coming over Lak Mountain before it drops down into the main area of Khao Lak. There is a varied range of flora and fauna, considering the park’s size and many species of mammals, reptiles and birds. Brightly coloured butterflies fluttering about will accompany any venture into the rainforest.

The Park is ideal for hiking, forest walks and viewing wildlife and there are also a number of waterfalls.

Khao Sok National Park, created in 1981, is a 739 km² reserve, part of the largest wild forest of South Thailand. Khao Sok’s jungle is one of the oldest tropical rainforests in the world (older and richer even than the Amazonian Forest). Here you can find around 50 different species of mammals, 300 species of birds, many batrachians and snakes and a still unknown number of insects!

There are two main parts of the Park. Having gained entrance to the Park at its Headquarters just off the highway about an hour North East from Khao Lak, visitors can trek through the rainforest up seven levels, each with a waterfall. A more arduous trek in the opposite direction takes you to the site of the Rafflesia, the largest flower in the world.

65km further along the highway will bring you to the Rachaphrapha Dam and Cheow Lan Lake. This large man-made dam was built to provide hydro-electricity for Surat Thani and other towns. Over 100 islands and limestone cliffs dot the massive lake, giving it a similar appearance to Phang Nga Bay. Local people run boat trips and trekking around the Dam as part of an eco-tourism project visiting caves and off ering accommodation in unique floating bamboo raft houses. 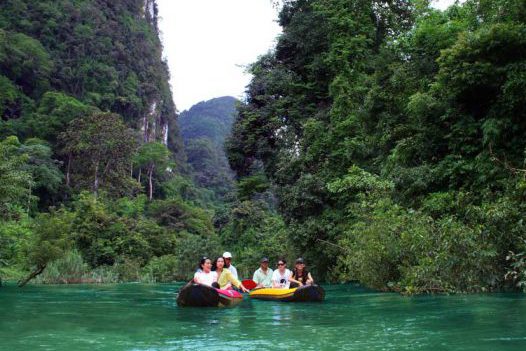 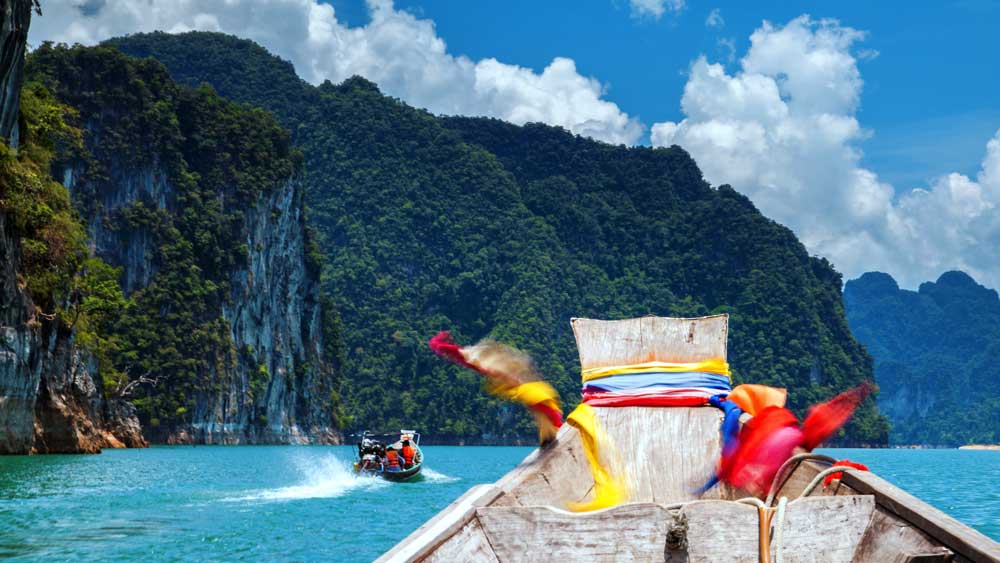 The Khao Sok National Park is full of breath-taking limestone cliffs that form an interesting karst landscape. These high hills that can reach up to 900 metres high were once mighty coral reefs – 5 times as large as the Great Barrier Reef. The jungle is composed almost entirely of primary rain forest.

Khao Sok National Park has an incomparable abundance of flora and fauna, it has a lot to offer nature lovers. Even today new animal and plant species are being discovered in Khao Sok. Here you can find hornbills, prehistoric deer, several Gibbon species, sun bears, wild jungle elephants and even wild tigers. A trip to Khao Sok will leave you with unforgettable memories of a lifetime.

It is a difficult choice of whether to choose the easy day trip with elephant trekking and canoeing, or if you want delve deeper into the jungle for several days in Khao Sok.

The Similan Islands National Park is a major attraction for visitors to Khao Lak. Known for long white coral sand beaches and crystal blue waters with cooling breezes coming off the Andaman Sea there are nine uninhabited islands in the archipelago with some of the best scenery in Thailand.

The Islands are very easy to visit being located only 60kms west from Khao Lak. They can be visited for one day or for varying overnight durations, either independently or more usually as part of an organised tour. Accommodation is in simple bungalows or tents provided by the National Park authority.

Recognised as providing some of the best diving and snorkeling in the world, the Similan Islands are home to a huge variety of marine life with incredible opportunities to see rare and endangered species.

While the underwater world is the main attraction there are also many varieties of birds and animals on land to provide an unforgettable experience.

In January 2011, the Thai Ministry responsible for the Similan and other marine National parks announced an indefinite ban on diving and snorkeling at certain islands. This is intended to allow the coral to recover from bleaching due to recent above average water temperatures.

Dive Centres, tour operators and resorts will advise on availability of sites when customers book or make enquiries. The National Park closes to all diving and snorkeling from May to the beginning of November each year because of sea conditions and to allow maintenance and aid coral growth and recovery. 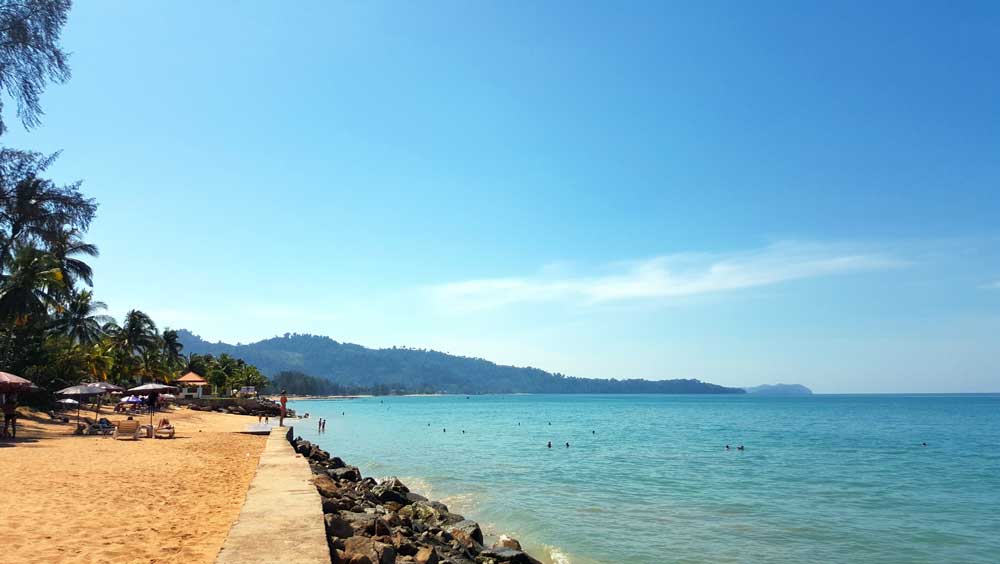 Do you want to know our favourite Khao Lak National Park?

Why not ask us 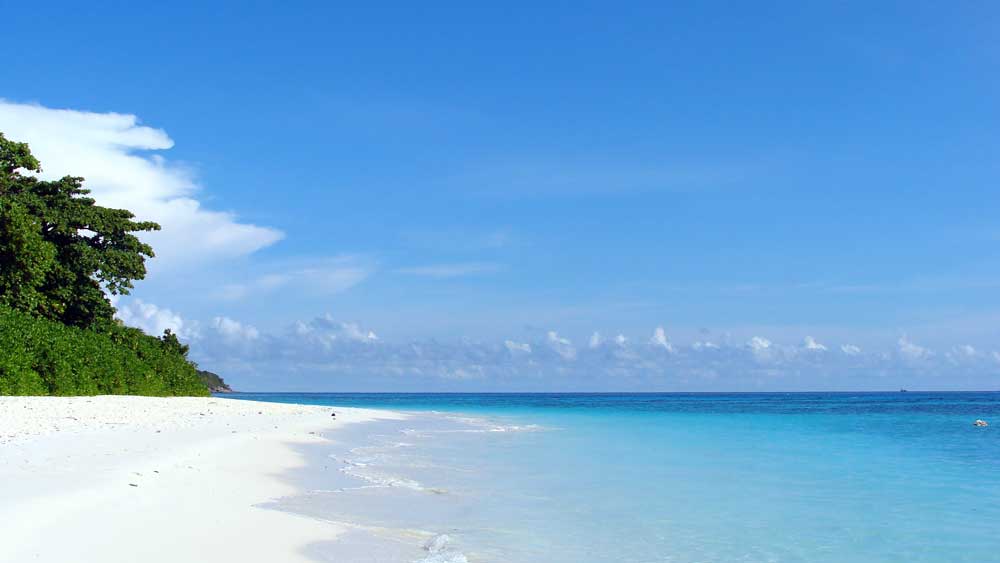 Within the Similans National Park, Koh Tachai or Ta Chai Island has long been a favourite dive site usually being visited on a Similan liveaboard on the way to Richelieu Rock with Whale Sharks often being sighted at both locations as well as many other species of fish.

However, recently the island has emerged as an alternative day snorkeling tour to the busier Similan and Surin Islands. With its talcum powder like sand, crystal clear sea and reefs close to shore allowing snorkeling from the beach it is being called “The Maldives of Thailand“.

The presence of fruit bats overhead in the trees in both locations adds to that comparison. Although the coral may not be the most spectacular there is plenty of colour and plentiful multi-coloured fishes of various sizes to be found at sites accessed from the boat or the beach.

It is of particular attraction to non-swimmers or snorkelers and families as the pristine beach offers sunbathing, lazing or exploring with chicken crabs being a much viewed attraction among the roots of trees by the paths bordering the beach. The small number of operators that are allowed to feature this destination adds to its popularity.

The Surin Islands National Park is known for pristine reefs, lush jungles and remote location on the edge of the Andaman Sea. There are five islands – all uninhabited except for the small Moken or Sea
Gypsy village.

They are located about 90km North West of Khao Lak and are usually accessed from the pier at Kura Buri taking about 75 minutes, the same time as the speedboat transfer to the Islands. The islands have the largest and most developed coral reefs in the Andaman Sea. There are a huge number of different species of fish and sharks and sea turtles are plentiful.

If the under water riches are not enough, The Surin Islands have a broad selection of animal life – including the Nicobar Pigeon and Mangrove Monitor Lizards. 14km to the east of the Surins is the world famous dive site Richelieu Rock, famous for seeing the world’s largest fish, the Whale Shark, most often sighted in March and April.

Trips to the Surins can be for a day, several nights in simple bungalows or tents or, particularly for divers, on liveaboards. 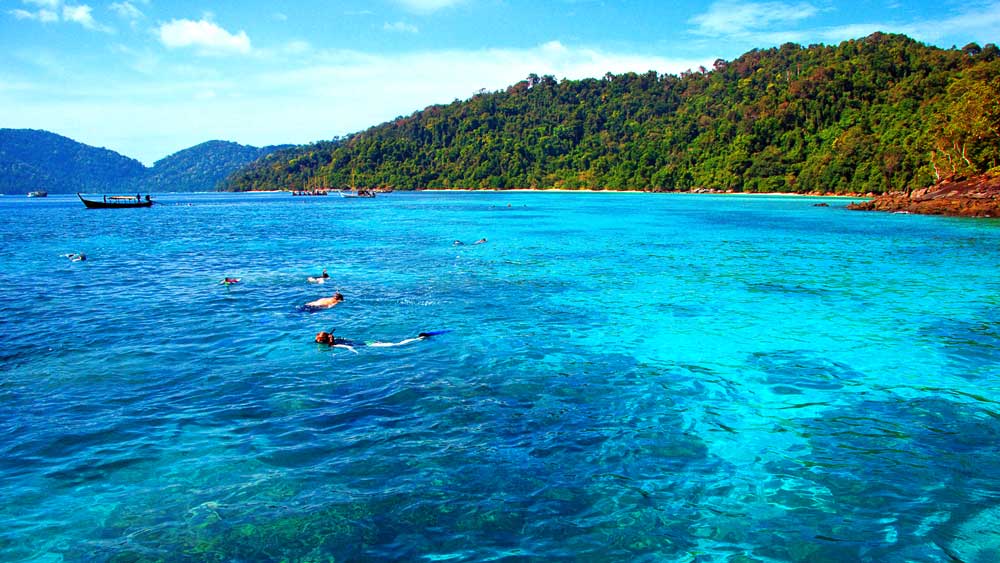 What else can we help you Discover? 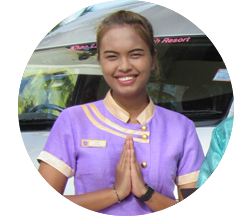 We are a modestly sized company with a personal touch. We like to handle small groups (max 10 pax). We aim to provide the highest quality service to guarantee your satisfaction. 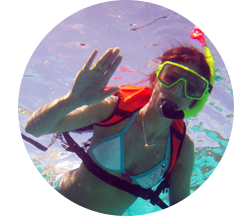 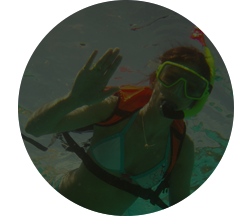 Khao Lak is in close proximity to an abundance of stunning snorkeling sites. The Similan and Surin Islands and increasingly popular Koh Tachai are teeming with marine life and beautiful corals. 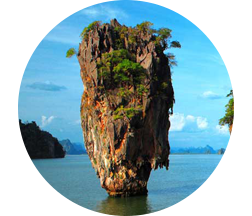 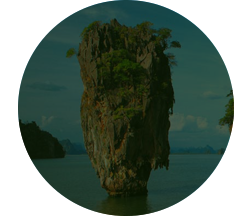 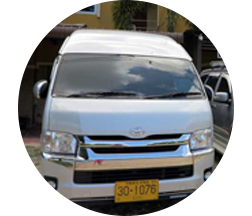 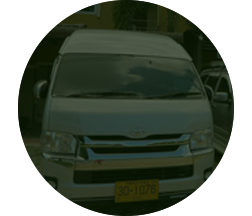 Read More
We use cookies to ensure that we give you the best experience on our website. If you continue to use this site we will assume that you are happy with it.OkNo