Biking & Hiking to Had Lek

Do not miss this trip if you are a sports-lover! 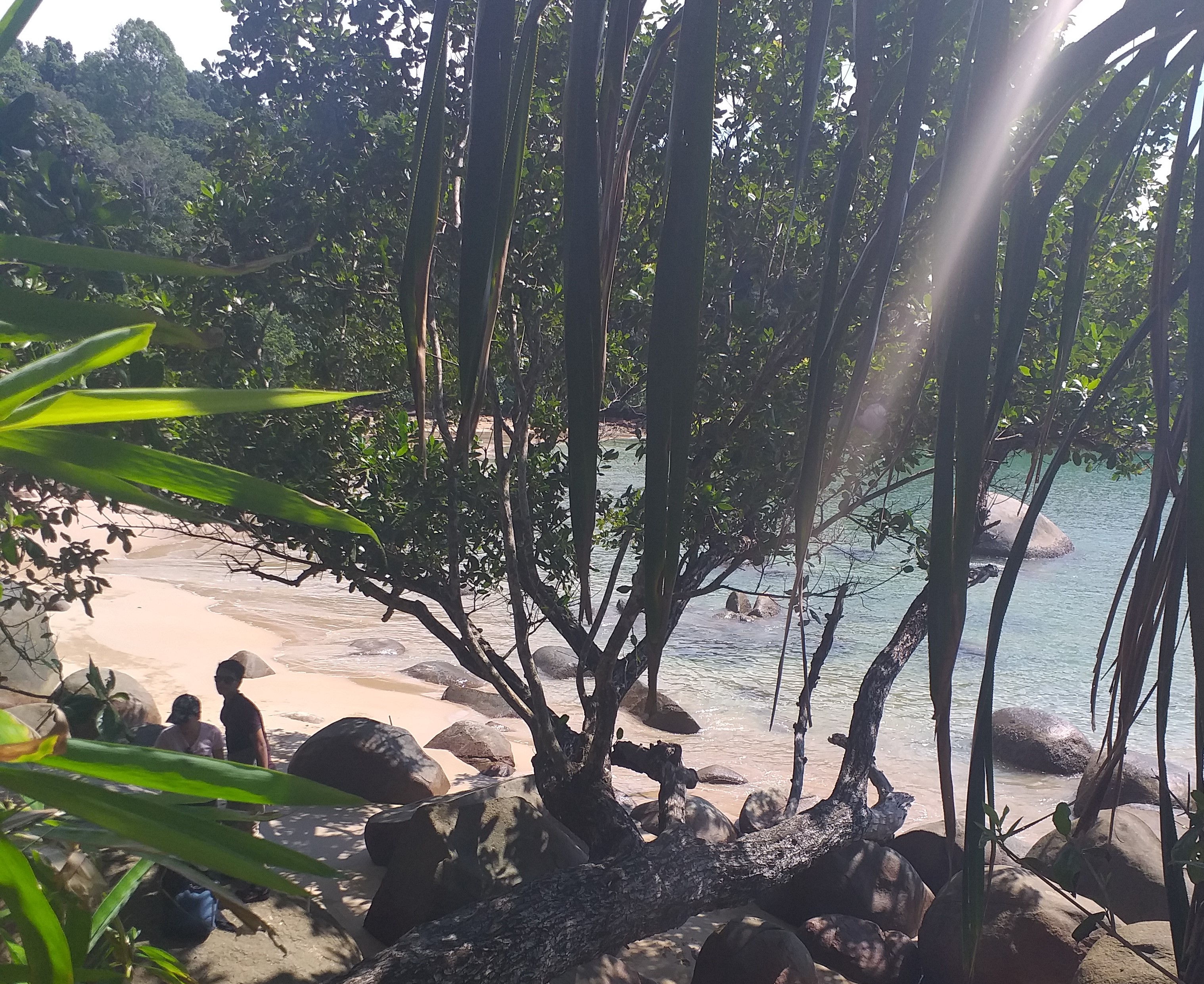 Posted at 14:33h in Beaches by Johanna 0 Comments

After I finished some translation work on my laptop this morning, my legs were more than ready for another mountain bike tour through Khao Lak. The goal I had set myself was Had Lek Beach and well, spontaneously I decided to combine the trip with a visit of the Ton Pling Waterfall. 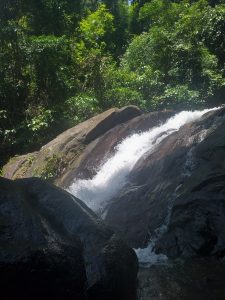 South from the Bang Niang Market, after about 7 kilometres on the main road nearby the Merlin Resort, you will a side road on the left that leads to the Ton Pling waterfall.

I had already seen the Ton Pling fall on the Khao Lak Safari Tour with the guests, but because of I am totally in love with my new mountain bike, I decided to combine the tour to Had Lek Beach with a refresh in the Ton Pling waterfall.

Oh well, yes I want to tell you more about the refreshing part – this was MORE THAN NECESSARY when I finally reached the waterfall after about 40 minutes on the bike. The way with the bike was not easy though – it went on quite hilly and in the end the way got very steep. But not worries – there is a cycle path on the main road of Khao Lak, which is easily accessible and makes a bike trip worth. With a wet sweaty back, I locked my bike and jumped into the water basin of the Ton Pling waterfall.

Be aware that you might not be alone at Ton Pling…

The waterfall is without an entrance fee, but this is also reflected in the tourism crowds. I was at the waterfall around 1 p.m., so I probably chose the absolute “peak time”. The waterfall was full of people – in the future I will rather visit the waterfall very early in the morning or later in the evening. This time was not the right time to relax – but to cool down it was a great option!

Had Lek Beach is a beautiful, quite and not crowded spot!

View from the trail to Had Lek

With new spirit I got back on the bike and after about 3 kilometres to the north I reached the entrance of the Lam Ru National Park, from which a hiking trail leads to beautiful Had Lek Beach. Because my boss knows how much I like adventurous, sporty routes, she recommended me this trail.    The entrance fee to the national park is 200 baht.

The route of the nature trail… 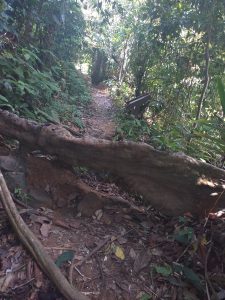 Buttress roots on the trail to Had Lek

Had Lek Beach can also be reached by a slightly more moderate route. I write about that in the following. With enough water and a portion of nuts, I followed the signposted Nature Trail for about 30 minutes. The route is quite sporty, as my boss told me: sometimes you have to climb over the big roots (Buttress Roots) or over tree trunks to stay on the track. On the way you already get amazing views of the sea until you reach the veeeery recommendable Had Lek Beach. 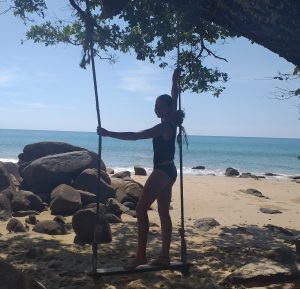 Swing at Had Lek

The beach is a real insider tip, especially in contrast to the Ton Pling waterfall. In beautiful tranquility and two swings in the trees I had the beach almost just for myself.

If you have a good fitness level, you should not miss the hike to Had Lek Beach! On the way back I took the easier path, which does not end at the entrance of the Lam Ru National Park but ends a little further south on the main road. When I reached the main road, I had to walk the last bit on the road back to the entrance of the national park, because parked my bike there. As I said, however, there is a footpath here, so the 500 meters on the road were no problem. Overall, I would estimate the distance of the total round at 4 kilometres.

Nice way to spend my day off..

Stone Beach along the way to Had Lek

A long, great day with many new impressions comes to an end. Now it is time for my favorited food at the Built Market next door: Vietnamese spring rolls with beetroot dip for only 40 baht! So delicious! Try it out – the way to Had Lek Beach and also the spring rolls 😊

Sorry, the comment form is closed at this time.